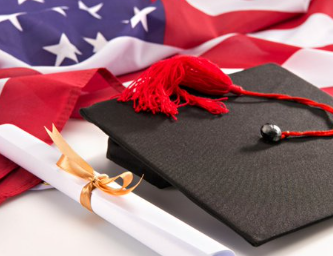 US steps up visa processing, with special focus on students

On May 11, Don Heflin, Minister Counselor for Consular Affairs at the U.S. Embassy in New Delhi went live on Instagram and Facebook to provide an update on visa services with a special focus on students. This is a summary of the information shared with the audience.

The Minister started out by saying that the summertime is all about visas and that they had made special arrangements for student visas. He confirmed that they had issued a record 62,000 student visas last year and expected to break that record this year. In fact, they expect to issue more student (F, M and Js including dependents) visas than ever before.

When addressing questions about return to “normal” levels of service the Minister indicated that this year they expect to be a 2/3rd of their pre-COVID capacity and hope to reach 100% of this by the end of 2023. To increase capacity, Mission India is recruiting more officers in addition to training existing staff members etc. They recently added five more visa officers at their Consulate in Mumbai.

• A large number of student visa appointments will be rolled out in the ensuing months starting next week.

• Students currently in the U.S. will get Dropbox appointments easily as they will open more appointments for them.

• Between August 15 – September 1 they will open up 15,000 slots for students with past refusals. Students who receive their I-20s later than expected could also avail of these appointments.

• Parents who have visas or are eligible for a Dropbox appointment could travel to the U.S. with their student children.

• Check for visa appointments multiple times a day but if you “refresh” the portal frequently you may be locked out of the system for 72 hours.

• Applicants are advised to be prepared to “tell their story” during the visa interview, which should be similar to an elevator pitch as visa interviews usually last for a couple of minutes or so.

• Applicants should be able to convey to the officer why a particular course, or level of education makes sense to the applicant’s career goal. Be ready to explain how the intended education fits in with your life. This becomes more important when an applicant is changing academic tracks or pursuing a second degree at the same level of an existing one.

• Applicants should carry all their financial documents to the interview but officers at Mission India generally do not focus on abilit to pay for the course as Indian parents almost always find ways to pay for the education and stay.

• Neither English language tests nor high levels of proficiency in the language are prerequisites for an interview. However, an applicant who is not proficient in English may find it difficult during the interview to justify bonafide intent to study.

• Applicants may use agents to procure visa appointments and help with the application but this could be risky as the agent’s errors or misrepresentations would be attributed to the applicant and could affect visa adjudication.

• Applicants who get 221(g) notices must take the action required in the notice without any delay. This helps the officers quickly make decisions.

• Third country nationals may apply in India, but it is best to apply in the country where one resides.

• A visa can be issued only within 120 days before a student’s course start day. One could apply before that, but the case will be kept pending under 221(g) and the applicant will be asked to send in the passport at a later date.

• It helps for the applicant to be confident and articulate at the visa interview. Canned answers do not help but sharing a personal story that influenced the choice of the institute would help.

• Dropbox applications are generally processed within seven days after the Dropbox appointment.

• Even if the education institute has waived any test, it would be best to take it as a good score would be an advantage in the interview.