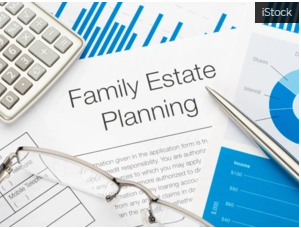 Inheritance Planning: The differences between US beneficiary & Indian nominee rights

Recently, a few of us (accounting and legal professionals) from both India and the US, were researching inheritance planning issues related to “Overseas Citizens of India” and discovered significant differences in the United States and India when it comes to the succession of bank accounts from a deceased account holder to his or her ultimate beneficiaries. We will discuss these differences in this article as they apply to citizens and permanent residents.

On the US side:
Probate vs. Non-probate accounts: In the US, an account can be a probate asset or a non-probate asset, depending on how it is set up.

A probate account is an account owned in the sole name of the individual account holder, with no beneficiary designation(s) attached to it. Upon death, the probate account goes through the probate process, which is the legal route by which these accounts make their way through the Last Will & Testament (“Will”) of the deceased account holder (“decedent”) over to the beneficiaries named in the Will. Where there is no Will, the account has to pass through the intestacy laws of the State in which the decedent resided and the beneficiaries (or heirs) of the decedent are determined by State law. In either case, the probate process involves court supervision or oversight.

By contrast, if the account is non-probate, then it does not go through the same channels and instead the account passes directly to the beneficiary or beneficiaries by operation of law, by contract or by trust. Joint accounts, or accounts with a “Transfer on Death or TOD” beneficiary or a “Payable on Death or POD” beneficiary, life insurance policies or retirement accounts with beneficiary designations or assets inside of a Revocable or Irrevocable trust, are all considered non-probate assets. Except in limited circumstances (typically in matters of public policy, state law etc.), once an individual is named as a beneficiary of an account or is joint account holder with another, this individual becomes the legal owner of the account and inherits the account automatically – outside of the court system.

Therefore, in the US, upon on the death of an individual, things are relatively straightforward (especially if there is a Will in place). All probate assets in the name of the decedent pass into an estate account that is set up by the Executor named in the Will. To open the estate account, the Executor will need to appear at his or her bank of choice armed with a Death Certificate, photo ID, a Tax Identification Number or TIN# (in lieu of the decedent’s Social Security Number for taxes), and a Letters Testamentary (or Appointment Letter) procured from the Court. Similarly, if there was no Will, the same process is followed except that the individual stepping forward to serve – now called the Administrator – has to post a bond to secure the estate assets (as an insurance for the ultimate beneficiaries) before he or she can obtain the Letters of Administration from the Court.

It is pertinent to note that in either case, Courts as well as the banks do not proceed without first obtaining proper documentation from the individual stepping forward to serve and banks will likely be subject to liability if they fail to obtain the necessary documentation. More importantly, it is unheard of for banks and other institutions to transfer probate assets of a decedent directly to an account belonging to the Executor/Administrator. These accounts must be transferred to the estate account of the decedent and held there until the estate administration formalities are completed, including payment of any taxes/debts or other obligations of the estate, before money passes to the beneficiaries.

On the India side:
A bank/financial account can be held individually or jointly. Joint accounts can be held: ‘either or survivor’, ‘anyone or survivor’ or ‘former or survivor.’ Account holders are also often referred to as First Holder and Second Holder where if the first holder dies, the second holder automatically receives the beneficial interest in the account. However, all accounts (including those that are individually owned) can have nominee designations. Unlike the US where a nominee designation would be treated as a beneficiary designation, the person named as the nominee receives payment from the bank only “as a trustee of the legal heirs of the deceased depositor, i.e. such payment to him shall not affect the right or claim which any person may have against the survivor(s)/nominee to whom the payment is made.”

Let’s start with what a bank is instructed to do – in an effort to alleviate the “tortuous procedures …[that] caused considerable distress” to family members upon the death of a deceased account holder, the RBI or Reserve Bank of India issued a circular stating that where accounts have a valid nomination, the bank has to follow a 3-step protocol, before paying out the balance directly to the survivor(s)/nominee, with full discharge of any liability against the bank for making such payments.

The three steps outlined were that the bank:

But interestingly, there is also some indication to suggest that if banks insists that the survivor(s)/nominee produce legal documentation like the succession certification, Letter of administration or probate etc., or ask for him or her to obtain a bond, that would actually “invite serious supervisory disapproval”. Where there are no nominee designations, the bank is “advised to adopt a simplified procedure for prepayment to legal heir(s)…keeping in view the imperative need to avoid inconvenience and undue hardship to the common person.”

It follows that if the nominee designation does not match the Will of the succession rights of the beneficiary, then the legal heir’s only option is to fight it out in court. In an article on the subject, S.S, Rana & Company cite Supreme Court cases where the Court has held that the nominee is only a custodian of the account5.

Moreover, Section 72 of the Companies Act, 2013, states that while the nominee shall become entitled to all the rights in the shares and debentures of the company immediately upon the death of the shareholder, the rightful ownership of shares remains with the legal heir and not the nominees6.

Courts in India have time and again reiterated that the legal heir is the ultimate, rightful owner of the property of a deceased individual, a nominee (pursuant to a nomination given by the deceased during his / her lifetime) would act only as a trustee on behalf of the rightful legal heir(s), and hold such property until the matter of succession or inheritance is decided and implemented. Even in the case of a minor being a nominee and not a legal heir, the natural or legal guardian acting on behalf of such minor nominee has to act as Trustee on behalf of the legal heirs.

Complexities increase where there is no testamentary instrument, and the personal law of the decedent provides a certain set of rules/guidelines for devolution of the estate on the legal heirs. For example, in the case of a Hindu male, Class 1 heirs (mother, children, grandson of his predeceased son and so on) who get priority over his assets, leave out the father, who is not considered an immediate legal heir and therefore has no right to his son’s assets.

Some exceptions to the above are in the case of life insurance or Relief/Savings Bonds where the nominee is also considered the beneficial owner and therefore entitled to the proceeds of the policy or the bonds.

Solution for both countries –
It is imperative for anyone with assets located both in India and overseas to execute a well thought succession plan. One must aim at erasing confusion over the nominees and his/or legatees/beneficiaries. One must not only consider setting up a Will (in all countries where applicable) clearly delineating the various beneficiaries under the Will but also to methodically and systematically go through every single account and align nominee designations in accordance with the Will. Nomination and Will must be in harmony.

Those who are US citizens/residents should understand the contrasts that exist in the two countries where a beneficiary designation trumps the Will in almost every case in the United States whereas it follows a completely different treatment in India. The easiest way to ensure a smooth and a seamless transition to your loved ones in India, is to ensure that the nominee designations mirror your intention, irrespective of a Will being made, listing the true and intended beneficiary of the account.

About the Authors
Poorvi Chothani is the founder and managing partner of LawQuest
Sujatha R. Krishnaswamy is the co-founder of Crestworth Management Partners
Roopa P. Doraswamy is a co-founder at Flywork Innovations
Sushma Nagaraj is a practicing lawyer in India
Rekha V. Rao is the principal and founding member of Rao Legal Group, LLC
Priya Gidwani is the CFO and founding member of Rainmaker